Unidentified black touring boots. As best as we can tell, Furiosa is wearing the same boots throughout most of the film (although the boots during the final scene at the Citadel are undeniably different). The boots have a lot of characteristic features that set them apart from most touring boots. There are long Velcro tabs on the side, as well as Velcro flaps on the inner side (possibly for zippers). There is some subtle quilting on the instep. The heels have a diamond-shaped ribbed area. The soles have 2 parallel elliptical designs on the front.

After a lot of research, we were able to find a pair of Weise brand boots that have similar design features, but no positive ID on a model.

For new boots that are close, you can try these. 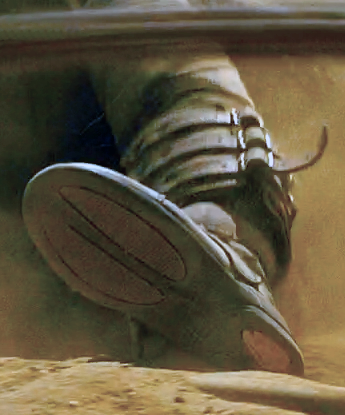 The sole of the left boot. 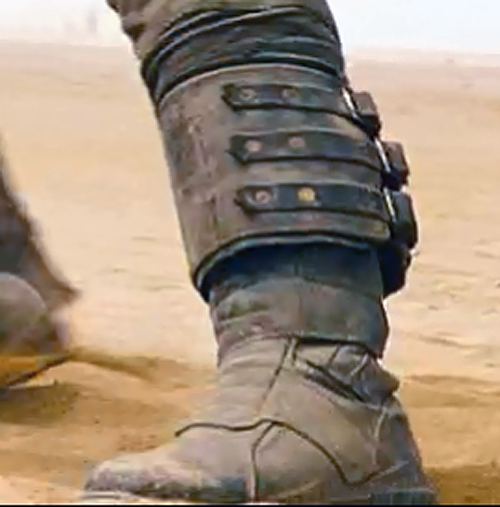 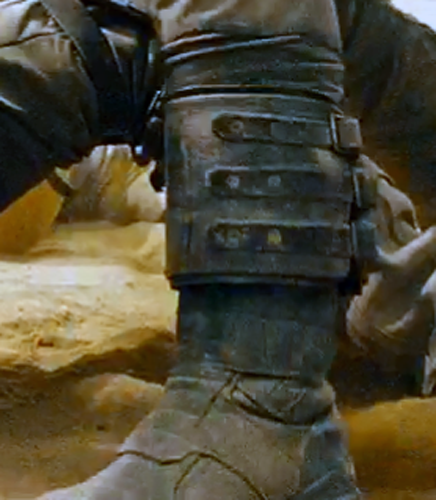 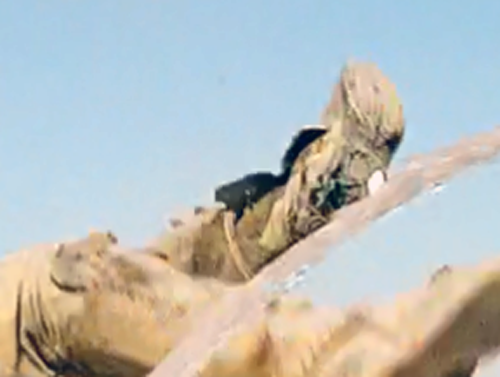 Here you can see that the inside of the left boot also has a Velcro flap – probably for a zipper. 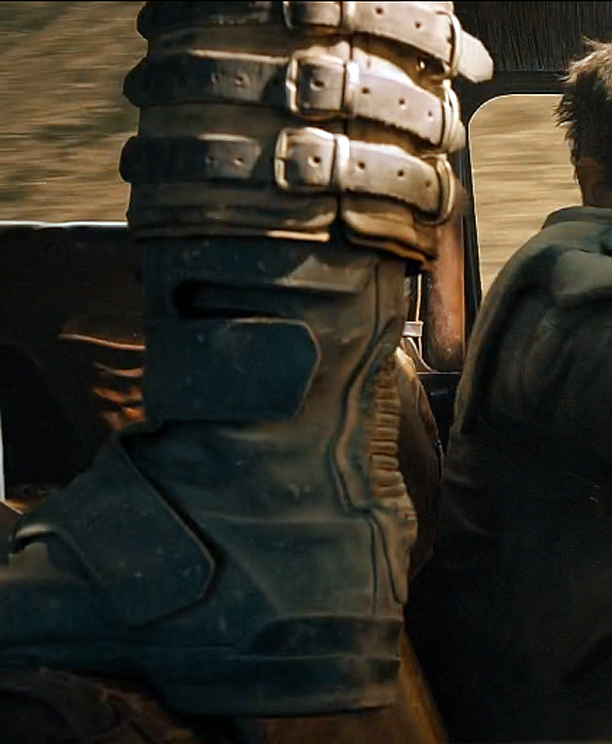 Left boot can be clearly seen during the Rock Riders’ attack. 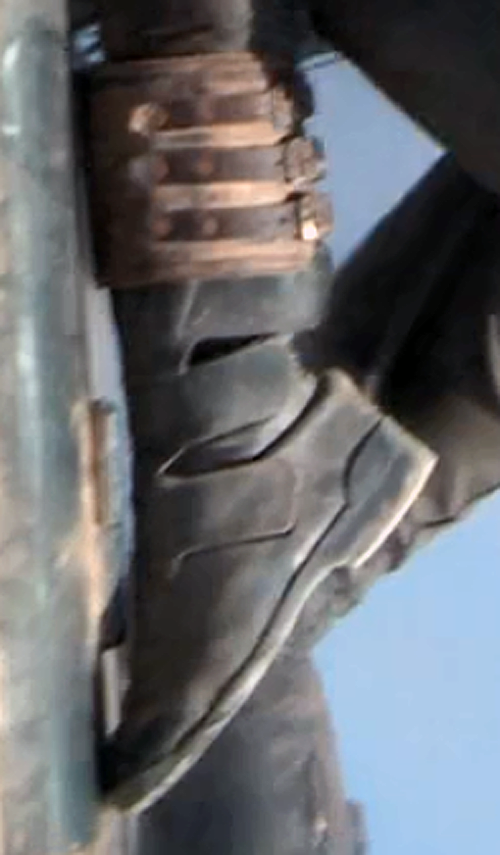 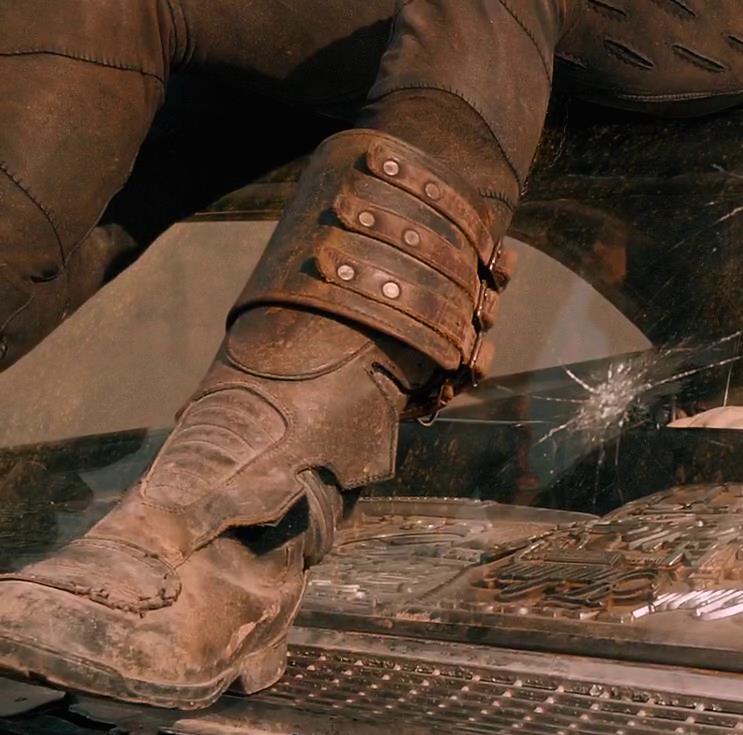 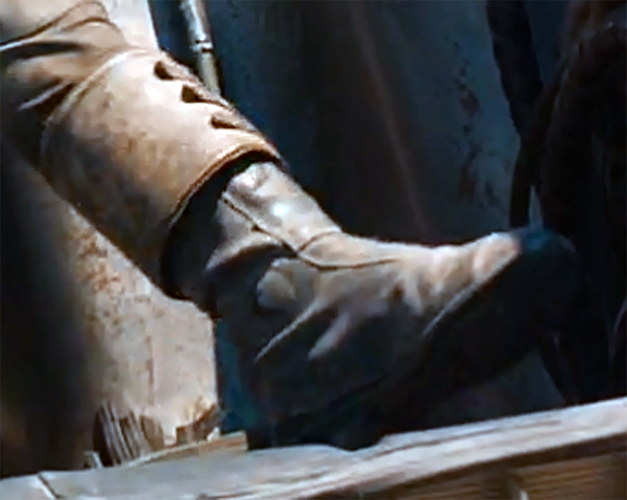 Boots on Display at the Fury Road Press Day 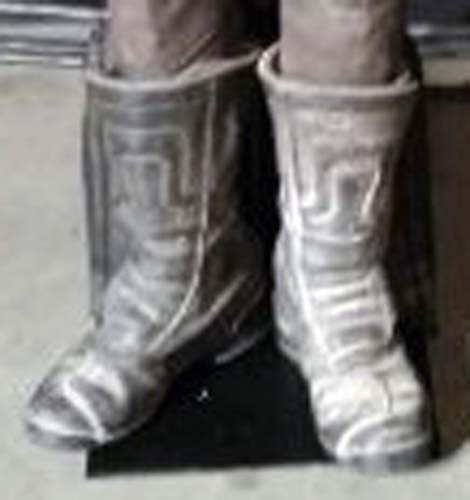 Furiosa wears a custom-made brown leather boot garter over the top of the left boot. There are three adjustment straps (roughly 5/8″ wide) with brass centerbar buckles, and brass keepers. The buckles are the same style as used on the straps that hold the Immortan Joe emblem onto her belt, but smaller.

Upon close inspection, it appears that Furiosa’s right boot is not covered by a gaiter or half-chap, but by the right leg of Furiosa’s pants.